PhD student at the University of Basel 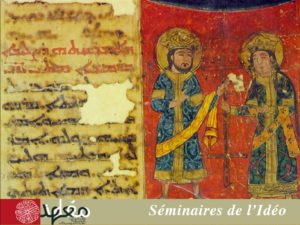 The comparison of Muslims and Christians Arabic narratives of Constantine’s conversion to Christianity allows us to discover very different historical representations of the Emperor.

Christian and Muslims writers do not have the same intentions when they write the history of Constantine. Christians seek to present a holy and righteous man, converted by conviction, who has brought together the pagans and Christians in the same empire. Muslim writers, who are writing on the pre-Islamic history, perceive Constantine just as a politician. They want to establish a continuity between the Hellenic civilization and the Islamic one.

This has a direct impact on the historical narrative and interpretation of the facts. The reasons given for the conversion of the emperor and the way it happened differ. For instance, for some Muslim historians, the conversion of Constantine could be strategic, it would be an Emperor’s ruse to unite his people and divide its enemies. Furthermore, for many of these authors, the entry in Christianity of Constantine’s empire is a break with the Greek heritage. While Christians are separated from this heritage and its solid foundations of knowledge, Islamic civilization would arise directly from it.