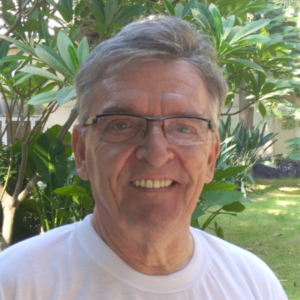 After his Dominican training at the Saint Thomas Institute in Leuven, he studied theology and Oriental studies at the Katholieke Universiteit Leuven. In 1972, he joined IDEO where he prepared his PhD in literature under the supervision of Fr. Anawati (Cairo) and Pr. Van Roey (Leuven). This PhD was the source to the publication of many works about the Jacobite theologian and philosopher Yaḥyā b. ʿAdī and about the Arab Christian medieval heritage.

From 1980 to 2018, he taught at KU Leuven, at UCL (Louvain-la-Neuve), at US Thomas (Manila) and at the Catholic Institute of Paris. His teachings have focused on the relationships between Christianism and Islam. He was Professor Emeritus at KU Leuven. He has given courses and lectures in the field of Islamic-Christian relations.

He was a member of IDEO, and he stayed in Cairo every year to participate in the activities of the Institute and to continue research there. His books on Islam have been published in Dutch and translated into French and English among which Islam… vreemd? (Averbode, Leuven, 1996), Islam, van nature een vijand? (Averbode, Leuven, 2003), its English translation Islam, friend or foe? (Peeters, Louvain-Paris-Dudley, MA; W.B. Eerdmans, Grand Rapids, 2008) and L’islamisme (Fidélité, Paris-Namur, 2016). Between 2008 and 2015, he was the publishing director of MIDEO.

Emilio Platti was a member of the Union of European Arabists and Islamicists, of the Belgian Society for Oriental Studies, and of the Centre for Interdisciplinary Research on Islam in the contemporary World (UCL).