A round table leaded by Adrien Candiard, OP (IDEO)

At the French Institute in Egypt 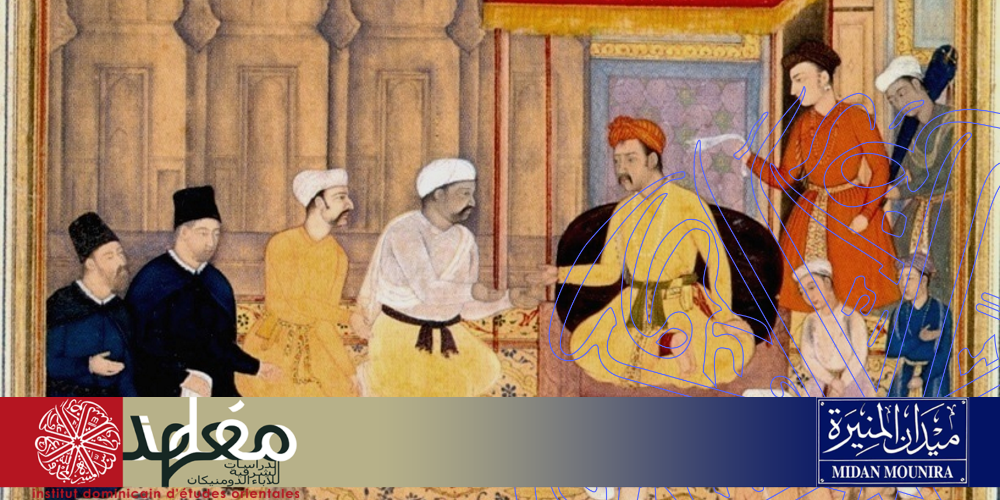 It is true that interreligious dialogue has long been the initiative of Christians, however, more and more Muslim voices are now being heard, calling for specifically Qurʾānic and Prophetic foundations of the encounter with non-Muslims to be unearthed. Brother Adrien Candiard, a PhD student in Islamic studies and member of IDEO, led a round table discussion between three French-speaking Muslim scholars: Djamel Djazouli, a Qurʾān specialist and director of the An-Nour Institute in Cergy-Pontoise, Denis Gril, a Sufi specialist and professor emeritus at the University of Aix-Marseille, and Omero Marongiu-Perria, a sociologist of religions and researcher at the Institute for Religious Pluralism and atheism (IPRA).

If the Qurʾānic message is centered on the unicity of God, it is to better highlight the diversity that God wanted for humanity, a human diversity of communities and rites that can truly express the richness of the divine unicity. Beyond the dialogue that we can have among ourselves, and in a more fundamental way, God is in dialogue with the universe.

We are therefore called upon to reconsider our conceptions of what truth is, not as a univocal content that we could assert to others, but as a reality that everyone must receive, and in front of which everyone must take positions and make choices, that will necessarily be different for everyone. Islam therefore calls everyone to move forward without fear on this path that ultimately leads to God, and to make their own choices, in dialogue with one another.