Notes on a Work in Progress, by Simon Conrad 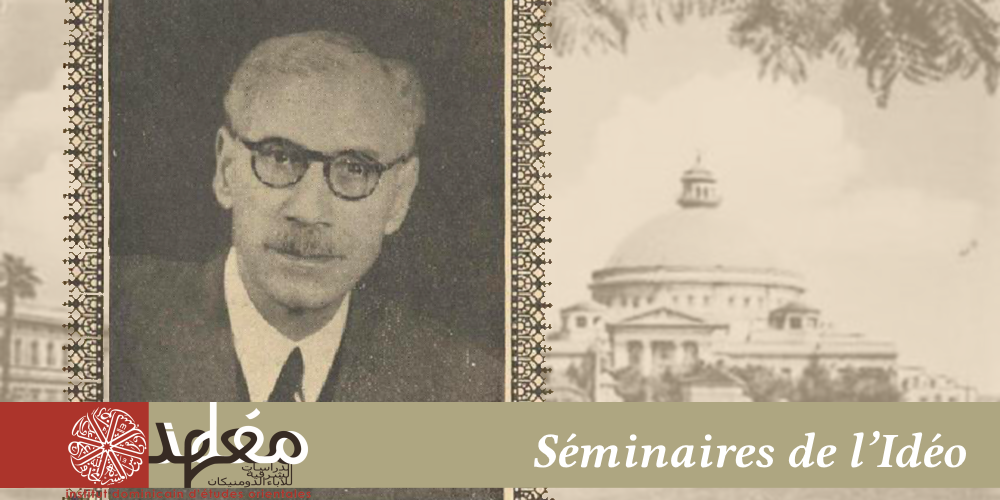 When he returned from Cambridge in 1930 with his doctorate in his pocket after nine years of study, Abū al-ʿIlā ʿAfīfī (1897‒1966) was determined to introduce Sufi studies at the Egyptian University. This idea was considered preposterous by his peers, who wanted to entrust him with the teaching of logic.

His doctoral work consisted in systematizing Ibn ʿArabī’s (d. 638/1240) thought, which he treated as a philosopher of intuition, on par with contemporary philosophers such as James (1842‒1910) or Bergson (1859‒1941), rather than as a mystic. If on a personal basis, it is indeed mysticism that interests ʿAfīfī, defined as the intuitive understanding of the divine, his academic project is above all to propose an analysis of the texts of the Arab-Islamic heritage with contemporary tools.

A discreet intellectual and mystic, ʿAfīfī nevertheless entered into public debates with his contemporaries on the question of the opposition—which he refused—between a supposedly spiritual East and a materialistic West, or on the epistemological status of intuition: he considered that intuition could indeed be a source of knowledge in its own right.

Abū al-ʿIlā ʿAfīfī, like others invested in bringing the mystical tradition to the fore at this time, constitutes a missing link in the history of the Arab thought in the era of decolonization, and sets the stage for more flamboyant thinkers such as Abū al-Wafā al-Taftāzānī (1930‒1994) and ʿAbd al-Raḥmān Badawī (1917‒2002).