Third IDEO Conference in Cairo (and on Zoom) 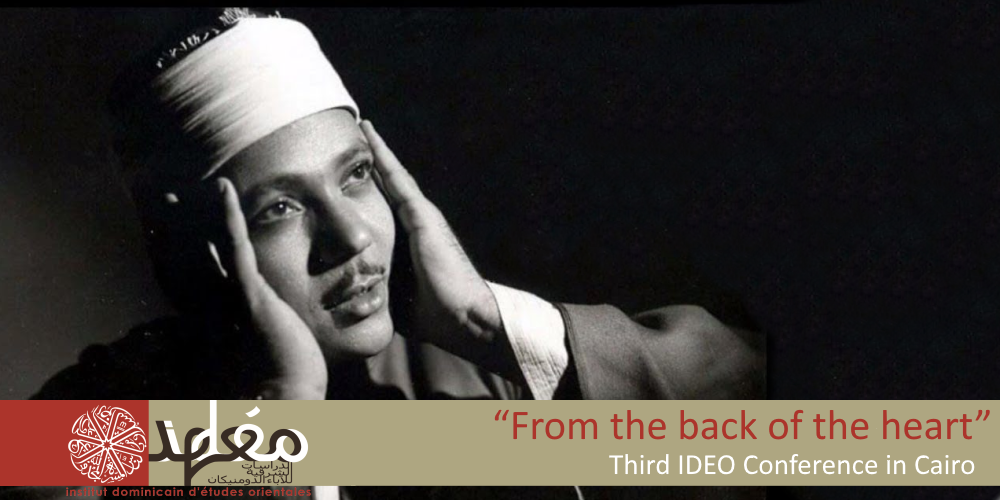 The questions raised by the topic of recitation are many and sometimes difficult to define, as Devin Stewart summed up perfectly in his concluding remarks. The first difficulty is methodological: we are talking about a fundamentally oral phenomenon of which we are looking for traces in written texts. The different contributions showed the diversity of the existing material:  lapidary inscriptions, ostraca, papyri and manuscripts. The information concerning recitation is either contained in more or less codified marginal or interlinear notes, or to be deducted from the verbs used to describe the way in which the content of the text is transmitted.

More fundamentally, the topic of recitation forces us to reconsider the definition of what a text is. The case of the homily is paroxysmal: learned by heart from possibly written notes, then pronounced with more or less loyalty to the initial project, taken in notes by some listeners during or after the hearing, then written by a professional author according to established literary canons, then put into circulation in a version that may be reread by the person who delivered it. In this case, what is the “text” of this homily? The Coptic Eucharistic prayers, after having been required to be improvised for a long time, stabilized under the influence of linguistic changes and dogmatic quarrels. The text of the Qurʾān developed and stabilized at the same time as it was disseminated, both in written and oral forms.  In other later cases, the transmission of some texts maintained the illusion of an oral transmission, through reading or reciting, while the actual process happened entirely through in written form.

Unfortunately, the online format did not allow us to make place for recitation in Zoroastrianism, Judaism or in Byzantium. One issue that could not be discussed either was the power of the recited words. The recited proclamation of a text has a different impact from its reading, public or private. Can this impact be studied? More generally, what are the aims of recitation? Teaching, transmission, piety, aesthetics, acquisition of good deeds, reinforcement of the authority of the text by the dramatization of its recitation?

All these questions will be the topic of MIDEO 37 (2022). The deadline for sending your contributions is February 1st, 2021. Please click here for more details…