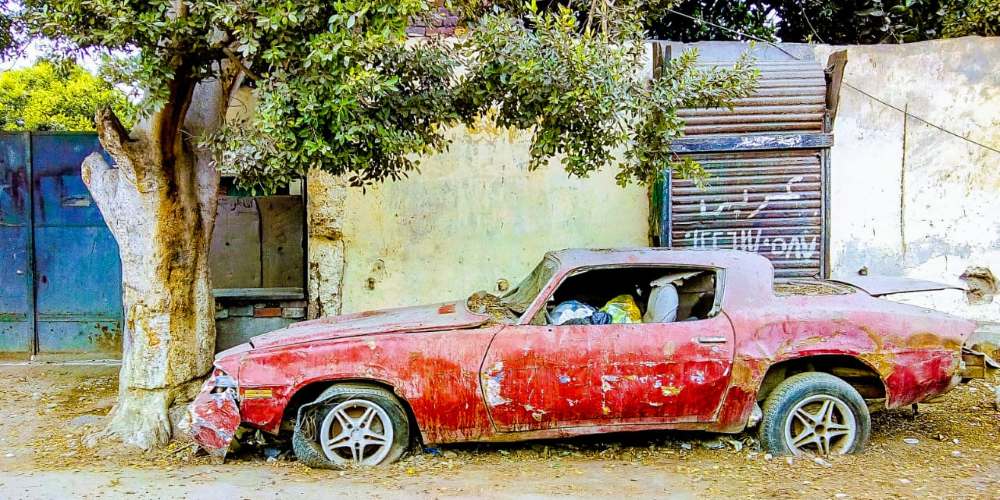 We are often asked the question —without animosity— what the IDEO is for and who benefits from our research, beyond a limited circle of academics? Your encouraging messages, the increasing consultation of our online catalogue and the MIDEO, the numerous proposals for collaboration, the renewed public of our seminars, show us that while it is true that we mainly reach academics, a wider public is also interested in our work. Feel free to contact us, on Facebook or Twitter, to tell us what you expect from the IDEO!

On April 2nd, Felix Udolisa, OP led a seminar on the topic of “Christians and Muslims Under Sharia Law in Northern Nigeria: A Pastor’s Perspective”. Twenty years after the application of Sharia law as criminal law, daily life has normalized, but insecurity remains high, and ethnic and economic tensions remain. Click here to read the report…

On April 7th, the third session of the seminar organized for French-speaking PhD students at the University of al-Azhar, as part of the Adawāt project, was held. Mr. Frédéric Lagrange continued his presentation on translation studies, presenting the issues related to linguistic variations in French and the strategies for their translation into Arabic.

On April 24th, Mr. Aziz Hilal gave the sixth and last session of his introductory seminar on Arab philosophy. This sixth session was devoted to the Arab philosophy in Andalusia.

On April 3rd, Jean Druel, OP gave a lecture at the parish of Maadi in Cairo on the topic of the common declaration on human fraternity signed by Pope Francis and Sheikh of al-Azhar in Dubai in February.

On April 3rd, Emilio Platti, OP participated in the seventh Arab-Christian Day organized by Casa Árabe and the University of San Dámaso, during which he gave a lecture entitled “Arab-Christian Theologians and Freedom in the Middle Ages”.

On April 23rd, Father Jean-Louis Déclais gave a lecture to the seminarians of the French Mission and their formators on a week-long visit to the Diocese of Oran, during which he presented the content of his article published in MIDEO 28: “The Gospel according to Wahb ibn Munabbih and his family”.

On April 29 and 30th, Jean Druel, OP gave two lectures on the topic of interreligious dialogue at the internal seminar of SEDOS, the Service for Documentation and Study of the World Mission, which gathers more than eighty Catholic congregations and associations.

On April 4th, Jean Druel, OP led a workshop on transliteration from Arabic into the Latin alphabet for the students in the Department of Applied Linguistics at the American University in Cairo. Several tools are available on the “Toolbox” page of our website.

From March 25 through April 5, 2019, Dennis Halft, OP gave a lecture on Arabic manuscript studies as part of the licentiate degree program “Arabic and Islamic Studies” at the Pontifical Institute for Arabic and Islamic Studies (PISAI) in Rome.  The course included a visit to the Vatican Library and a presentation on the collection of Christian Arabic manuscripts, delivered by Adrien de Fouchier, OP.

On April 8th, we welcomed for lunch Mr. Andreas Ellwardt, a specialist in Eastern Christianity, who is coordinating a project to digitize Copto-Arab manuscripts.

On April 9th, we welcomed for lunch Mr. Clarck Membourou Moimecheme and Mr. Sami Benkherfallah, PhD students in Islamic studies and holders of an IFAO scholarship.

On April 17th, we welcomed for lunch Mr. Mohammed Rabie, Egyptian fiction writer, author of Kawkab ʿAnbar (Kutubkhān, 2013), and Mrs. Stéphanie Dujols, who translated this novel into French under the title La Bibliothèque enchantée (Actes Sud, 2019) and took the photo illustrating this Newsletter during her previous visit to our neighborhood.

On April 22nd, we also welcomed for lunch Mr. Alain Dejammet, vice-president of the association of the  Friends of IDEO, and Mr. Joseph Maïla, professor of geopolitics at Essec.

On April 24th, we welcomed for lunch Mrs. Catherine Le Thomas and Adrien Billard, from the political service of the French Embassy.

In April, we had the pleasure of receiving in the Scholars’ House Mr. Tadeu Mazzola Verza, professor of Medieval Philosophy at the Federal University of Minas Gerais, Brazil, Mr. Olivier Rampnoux, professor at the University of Poitiers, Ms. Pauline Khoury, PhD student in geopolitics at the French Institute of Geopolitics in Paris, and Mr. Jean Paul Titalom Happi, Professor at the Institute of Business Administration of Poitiers.