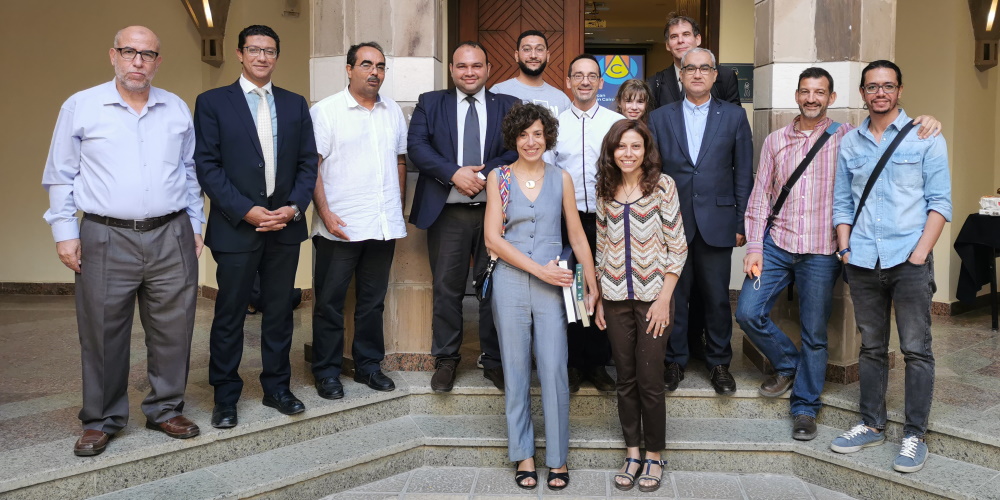 Intended by King Fuʾād, the so-called 1924 Cairo edition of the Qurʾān was published under the scientific authority of an al-Azhar committee. It has become so popular throughout the Arab world that it is often considered to be the standard edition of the Qurʾān. Thus, it has become the reference in academic circles and constitutes the model of editions in the possession of a large number of Muslims for their prayer life. But is the quality attributed to this edition confirmed? Can we really talk about a standard edition? In what context did this edition emerge and who was its audience then? Has this edition really imposed itself on the entire Islamic world? And besides, did this Qurʾān wished by king Fuʾād indeed appear in 1924? In order to discuss these questions, a conference on this edition of the Qurʾān was held for the first time. The 2021 issue of MIDEO will bear witness of the quality of the various communications in a dedicated thematic section. Meanwhile, it is noticeable that al-Azhar is working on an internal translation of the Coran des historiens (Paris: Cerf, 2019). This translation, as emeritus professor Oussama Nabil informed us, will facilitate its access to the Azhari students in Islamic studies. It is easy to imagine that they will thus give rise to a critical reception. Criticism which, in its objectivity, guarantees and inscribes itself in the interdisciplinarity of our research. Without this, there is a risk of giving reason to the partisans of the “asymmetry of knowledge” whose position, as Dominicans, we do not share.

On October 6ᵗʰ, Emmanuel Pisani, OP lead the online seminar “Religion, Law and Economy in the Mediterranean Space” at the University of Insubria with the contributions of Anna Hager (Vienna) and Wael Saleh (UAE).

On October 17ᵗʰ, Mr. Aziz Hilal made a contribution entitled “Why wait until 1924 to print an official edition of the Qurʾān?”, during the conference organized by the IDEO on The Cairo Edition of the Qurʾān. Read the report here…

On October 26ᵗʰ, Jean Druel, OP gave a lecture during the conference of the MELA Cataloguing Committee on the topic of “Cataloging manuscripts in the IFLA-LRM model”.

On October 15ᵗʰ, Jean Druel, OP participated as a member of the jury of Mr. Julien Sibileau, who defended a PhD thesis at INALCO entitled “An endeavor to legitimize Arabic grammar: the Ḫaṣāʾiṣ of Ibn Ǧinnī (m. 392/1002)” under the supervision of Mrs. Georgine Ayoub.

On October 5ᵗʰ, we welcomed Mr. Muhammed Ghazi, Dean of the Faculty of Languages and Translation of al-Azhar University, Mr. Abdel Rahman Fuda, Head of the French Department and Assistant Dean of the Faculty, Mr. Oussama Nabil, Professor Emeritus, and Professors Sami Manḍour and Magdi Adli.

On October 13ᵗʰ, we welcomed Mr. Moussa Abou Ramadan, Professor of Islamic law and Islamic studies at the University of Strasbourg.

On October 14ᵗʰ, we welcomed Professor Mehdi Ghouirgate, lecturer at Bordeaux-Montaigne University and director of the Arabic Studies Department of the same university, as well as Doctor Ephrem Aboud Ishac, researcher from the Institute of Ecumenical Theology, Patrology and Eastern Orthodoxy of the University of Graz.

On October 19ᵗʰ, we welcomed Mr. Farid Kioumgi Kahil, specialist in the travel and pilgrimage literature in the Middle East. He was accompanied by Ms. Tamara Chalabi, Iraqi-Lebanese writer, and daughter of a former Iraqi minister. She narrated the family odyssey in Late for Tea at the Deer Palace (London, HarperPress, 2010).

On October 26ᵗʰ, we welcomed Mrs. Sabine Kroissenbrunner, Head of Mission at the Austrian Embassy and Director of the Austrian Cultural Forum.

On October 27ᵗʰ, we welcomed Mr. Abbès Zouache, director of studies at the IFAO.

On October 29th, we welcomed for lunch Mrs. Éléonore Cellard, from the Collège de France, specialist in Qurʾānic manuscripts.

On November 18ᵗʰ-19ᵗʰ, the conference “Religious authority in Islam: authority and regulation” will be held at the Catholic University of Lyon, Adrien Candiard, OP and Emmanuel Pisani, OP are among the speakers.

On November 19ᵗʰ-20ᵗʰ, the conference “Islam and Otherness. What Islamic theology of religious pluralism?” will be held at the Catholic Institute of Paris and under the supervision of Emmanuel Pisani, OP.

On November 23ʳᵈ, Jean Druel, OP will deliver the introductory talk at a conference organized on November 23ʳᵈ and 24ᵗʰ in Alexandria by the École des chartes and the Senghor University entitled “Islamic Manuscripts: materiality, uses, compared traditions in Africa and the Middle East”.