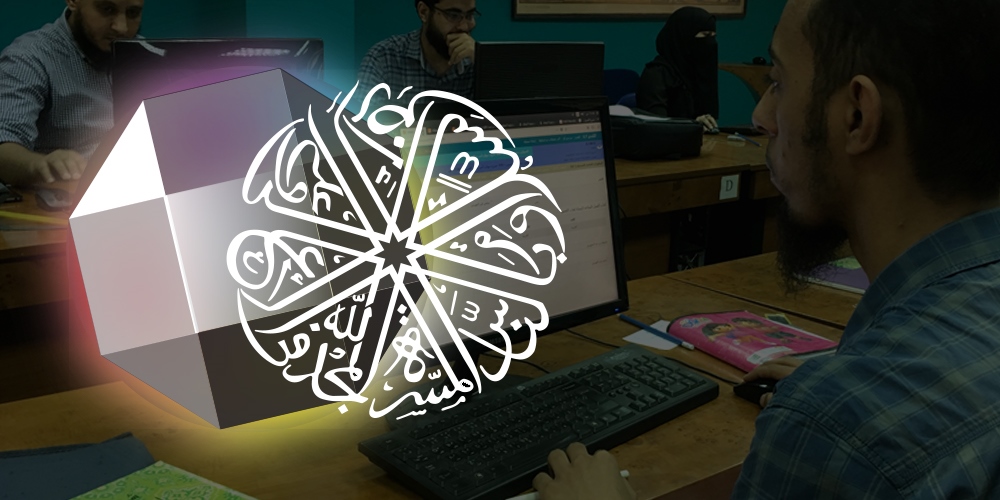 This month I would like to go into some technical detail about our library’s catalogue, because things are evolving very quickly. Since 2001, René-Vincent du Grandlaunay, OP has developed, along with several developers, a cataloguing software system called AlKindi which is wholly designed for the classical Arab heritage. Since 2011, version 4 of this software has been completely redesigned to consider the IFLA LRM bibliographic model, which focuses on works, their cultural context, and editorial history.

For a long time, we had been looking to share this exceptional tool with other libraries. This is now possible due to funding granted by the European Union (project Adawāt). Since September, the Institute for Arab Manuscripts (IAM, Cairo, see the picture) has been cataloguing its manuscripts in the same database as our own. So, we are now taking our software and making a distinction between the integrated library management system (ILS), which we now call Diamond-ILS, and the portal dedicated to the classical Arabic heritage, which keeps the name AlKindi.

All this data is available online: the AlKindi general portal (IDEO and IAM), IDEO’s catalogue and the IAM’s catalogue.

We are currently in negotiations with other libraries who wish to use Diamond-ILS, and in particular to catalogue their Arabic manuscripts. Diamond-ILS is the only software that allows both printed works and manuscripts to be catalogued according to the IFLA LRM model.

Thank you all for your support in serving the classical Arab heritage and the dialogue of religions!

On October 3rd, M. Aziz Hilal led a seminar on the topic “The Legacy of al-Fārābī (d. 339/950) in the Philosophical Thinking in al-Andalus”. The influence of al-Fārābī is clearly manifested in Ibn Bāǧǧa’s (d. 533/1139) political philosophy, particularly in his treatise Tadbīr al-mutawaḥḥid, in Averroes’ (d. 595/1198) commentary on Plato’s Republic, or in Ibn Ṭufayl’s (d. 581/1185) work Ḥayy b. Yaqzān. Click here to read the report…

On October 16th, Frédéric Abécassis, Director of Studies at the French Institute for Oriental Archaeology (IFAO) in Cairo, led a seminar on the topic “From the Liberal Education Market to an Egypt on the Move: A Return to a Path of Research”. Behind apparently separate research topics, he has always been interested in the question of the construction of human communities. Click here to read the report…

On October 7th, Emmanuel Pisani, OP led a conference/debate in Paris proposed by Public Encouragement on the subject “The Question of the Separation between the Temporal and the Spiritual in the Muslim tradition: Challenges for French Secularism”.

On October 10th, Guillaume de Vaulx gave a lecture entitled “The Dawn of the Muslim State”, as part of the annual lecture series “Sorbonne Talking” at Sorbonne University Abu Dhabi.

On October 17th, Jean Druel, OP gave a lecture at the European Delegation on the role of al-Azhar in interfaith dialogue in Egypt.

From October 17th to 19th, Emmanuel Pisani, OP participated in the XXIst Annual Meeting of the European People’s Party’s (EPP) Intercultural Group Dialogue with Churches and Religious Institutions in Lisbon, and participated in the panel “Education, Family, Churches, and Europe”.

On October 25th, Guillaume de Vaulx gave a lecture entitled “What Arab Fables Say About Friendship Between Natural Enemies” at the French Institute in Beirut.

On October 16th, René-Vincent du Grandlaunay participated in a workshop on Digital Humanities organized by the American University in Cairo. In particular, he presented the AlKindi online portal.

On October 22nd and 24th, Adrien Candiard, OP taught an eight hour class on the “divine attributes” at Saint Joseph University in Beirut, for the Master’s program in Interreligious Studies. While there, the play Pierre et Mohamed, of which fr. Adrien is the author, was performed in several schools.

On September 1st, Emmanuel Pisani, OP was appointed member of the Council for Interreligious Relations and New Religious Movements of the French Bishops’ Conference, led by Bishop Jean-Marc Aveline.

On October 12th, Emmanuel Pisani, OP and Amir Jajé, OP participated in a meeting of researchers and students from the University of Religions and Denominations (Qom, Iran), in partnership with the ISTR research lab “Islam and Otherness” and the CéSor (EHESS).

On October 14th, we welcomed for lunch Mr. Nadim Ammann, who is in charge of Middle Eastern cooperation for the diocese of Cologne (Germany).

On October 24th, several brothers of the IDEO were invited for lunch at the French residence to meet Mr. Charles Personnaz, who is conducting a project to preserve the Yezidi, Jewish, and Christian heritage in the Middle East.

In October, we had the pleasure of receiving at the Scholars’ House Ms. Gyöngyi Oroszi, PhD student at the Avicenna Institute in Piliscsaba in Hungary, Mr. Jonathan Stutz, Professor of Church History at the Faculty of Protestant Theology, Ludwig-Maximilian University, Munich, and Mr. Nicolas Michel, professor of contemporary history at the University of Aix-en-Provence.