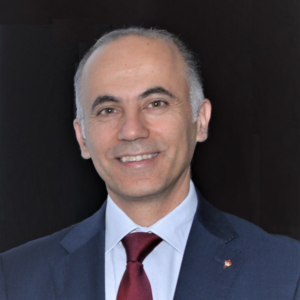 Father Fadi Daou is Lebanese and lives in Beirut.

Fadi Daou is cofounder and former CEO of the Adyan foundation, and professor of theology and geopolitics of religion. He holds a PhD in theology and a post-PhD in political philosophy (University of Strasbourg, France).

After being director of the Higher Institute for Religious Sciences (USJ, Beirut), and professor at the Holy Spirit University (Kaslik), he is now scientific collaborator at the University of Geneva and visiting professor in several universities.

Under the Adyan foundation and in partnership with the Ministry of Education and CRDP, he is director of the National Reformation Project of Education for Citizenship and Coexistence.

He received the “Civilization of Love Prize” and many other prizes through the Adyan foundation, including “The Civilian Peace in Lebanon Prize” and the Second World Prize of the United Nations Education for Peace in a Pluralistic World.