Muḥammad ʿĀbid al-Ǧābirī (d. 2010) supported the idea of an epistemological break between the philosophical thought of the Arab East and Arab West. According to him, thinking in the East devolved, especially with Avicenna (d. 428/1037), into Gnosticism and irrationalism. Whereas thinking in the West saw the culmination of the rationalist tradition in Islam, particularly with Ibn Bāǧǧa (d. 533/1139) and Averroes (d. 595/1198). This simplistic framework overlooks the influence that al-Fārābī (d. 339/950) had in Andalusia. It is clearly visible in the political philosophy of Ibn Bāǧǧa, particularly in his treatise Tadbīr al-mutawaḥḥid, in Averroes’ commentary on Plato’s Republic, or in the work Ḥayy b. Yaqzān by Ibn Ṭufayl (d. 581/1185). Although Ibn Ṭufayl declares himself as an Avicennian, and does not hesitate to criticize (unfairly) al-Fārābī, it can be said that there is a common purpose and structure between Ḥayy b. Yaqzān and the thought of al-Fārābī. Ibn Ṭufayl is so indebted to the political philosophy of the “Second Master” (aka al-Fārābī) that it is hard to understand why he treats him in such a passing way in his introduction to Ḥayy b. Yaqzān.

What complicated al-Fārābī’s reception in Andalusia was that he still believed, like all in the East, that Aristotle wrote the treatise known as Aristotle’s Theology, when in fact it is a more or less faithful translation of part of Plotinus’ Enneads. Thus, he desperately attempts to reconcile this Neo-Platonic text with what he knows about Aristotle. It will be Averroes who definitively unmasks the confusion. For example, unlike al-Fārābī, Ibn Bāǧǧa and Averroes conceive the agent intellect as something immanent to man. According to the two authors, the agent intellect is no longer this transcendent and completely separate intellect, which fit perfectly with the Fārābian theory of emanation inherited from Neo-Platonism. In his Kitāb al-ǧadal, al-Fārābī (d. 339/950) mentions a “fourth philosophy”. What he intends with this expression is a philosophy that would be adapted to non-specialists, both technicians in a particular given art (medicine, grammar, poetry…) and simple people (al-ǧumhūr). Unlike the first three philosophies (metaphysics, practical philosophy and logic), this fourth philosophy relies on commonly admitted premises (al-mašhūrāt), i.e. on the common cultural and ethical heritage (“justice is better than injustice”, “usury is a sin”, “one should honor his parents”, …) In other terms, a philosopher who needs to teach truth to non-philosophers should resort to the “local sciences” that common people share. This fourth philosophy is political and changing by essence. It is fundamentally a pedagogy and thanks to it, dialectics (al-ǧadal) is not considered to be a mere preparation to philosophia perennis but indeed a self-standing philosophy.

It is only in 1986, with the publication of the three volumes of al-Fārābī’s philosophical works by Rafīq al-ʿAǧam (Dār al-Mašriq, Beirut), that the major importance of al-Fārābī as a philosopher was re-established. 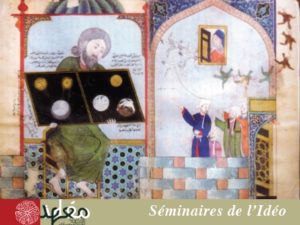 For al-Fārābī, philosophy is the eminent way to reach the knowledge of God and the source of religion. Religion itself is only a way to teach the “masses”.