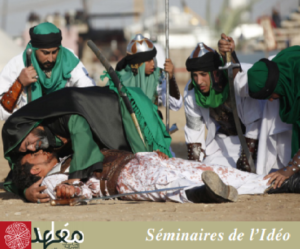 Classical Sunni Islam is not familiar with the concept of a savior who would be the intermediary between God and his people, and neither the concept of an intercession that could have an influence on the salvation of humanity. However, the martyrdom of al-Ḥusayn at the battle of Karbalāʾ, the political marginalization of his followers and their proximity with other minorities, especially the Christians, fostered the development of a Shia theology on the meaning of suffering and its implication for the afterlife.

Muḥammad al-Bāqir (114/732) and his son Ǧaʿfar al-Ṣādiq (148/765), the fifth and sixth imāms, were the first ones to develop a proper Shia theology based on the pre-existence of al-Ḥusayn and his sacrifice. As the true Ismāʿīl, Ibrāhīm’s son, al-Ḥusayn sacrificed his life for the sake of humanity. After this sacrifice and thanks to it, the Prophet Muḥammad, his daughter Fāṭima and the twelve imāms have become the intercessors and the intermediaries for all who show them love. Al-Māǧlisī (1110/1698) transmits and comments on these traditions in his book Biḥār al-anwār.

The sufferings that devout Shias inflict to themselves are thus both a proof of love for these intercessors and a participation in the eternal martyrdom of al-Ḥusayn . In this sense, these sufferings can be described as redemptive. 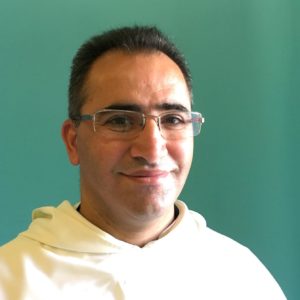 Amir Jajé is an Iraqi and lives in Cairo.

After finishing his licentiate in Theology at the faculty of Babel, he completed a Master’s thesis in Theology in 2002 at the University of Strasbourg on the topic “The role of the Woman in the Eastern Church”.

He then obtained a Master’s Degree in History of Religions from the Faculty of Catholic Theology in Strasbourg. His thesis was titled “The Image of the Virgin Mary in Islam”. In 2012, he completed a PhD in Oriental Studies (University of Strasbourg) on the subject “The Celebration of Ashura Among Iraqi Muslims Shiite”.

He taught in the faculty of Theology and Philosophy of Babel College in Baghdad (2004-2015), the Catholic Institute for Theology in Baghdad (2011-2015) and the Dominican Online University (DOMUNI).

He translated Mahmoud Ayoub’s book,  Redemptive Suffering in Islām: A Study of the Devotional Aspects of ‘Āshūrā’ in Twelver Shi’ism, 2013.