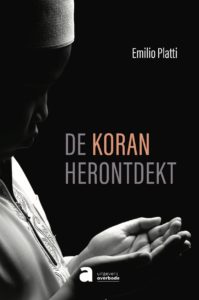 Emilio Platti, “Abd al-Masîh al-Kindî on the Qur’an” in Arab Christians and the Qur’an from the origins of Islam to the Medieval period, edited by Mark Beaumont, Leiden-Boston: Brill, 2018, 66‒82. 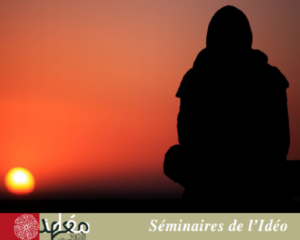 Emilio Platti, member of IDEO, presented the works of Christian Robin on the inscriptions that are found in the Arabian Peninsula and date back to the beginning of the 4th century. Through his research, Robin brings archeological evidence to answer a question posed by Islamic scholars: how could the Prophet’s auditors ever understand the very numerous Biblical allusions that the Quran contains? Indeed, the traditional vision tends to present the Arabs as polytheistic pagans without any Biblical culture.

When the Ethiopian general Abraha seizes power in the south of the Arabian Peninsula between 525 and 530, he defeats the Ethiopian Christian vice-king who had been put to power by the Ethiopian king who came to revenge the massacre of the Christians of Najran in November523, and launches the conquest of the entire Arabian Peninsula, imposing a new form of Christianity. By doing so, Abraha repeats the conquest of the Himyarite Jewish kings at the beginning of the 4th century.

This very reign of Abraha witnesses a change in the Arabic inscriptions in the Peninsula, from the Trinitarian formula (“In the name of Raḥmān, and of his son Christos and of the Holy spirit”) to formulas more compatible with the message of the Quran that will appear later, mentioning “the mercy of Raḥmān, of his Messiah and the Spirit of holiness”.

This probably judaizing Christianism of Abraha could be the missing link between the Palestinian Judeo-Christianism of the first centuries and Islam, in a land that had been deeply influenced by Christianity and Judaism for more than three centuries when the Prophet Muḥammad started his mission in Mecca in 610.

In this study, Emilio Platti dares to enquire directly into the compatibility between Islam and Christianity, as well as between Islam and modernity. He insists that the best way to answer such questions is to return to the origins of the Islamic tradition. What precisely does the Qur’an have to say about Christians? How can we explain the resentment towards the ‘West’ that seems to characterize some Muslims? Does the so-called clash of civilizations have its roots in Islamic theology? How did the negative portrait of Muslims that was characteristic of the Latin Middle Ages come about? Is it possible to speak in a ‘monolithic’ fashion about Islam? Is it really the case that Muslims must set about developing a new identity? What is the relationship between Islamic law and modern theories of human rights? What does it mean to be a ‘believer’ and might this not be the real heart of the tensions and controversies that mark so much of the contemporary encounter between Islam and the West? Platti’s study engages both classical and contemporary readings of the Islamic tradition and offers a nuanced and challenging view not only of its past, but of its present and of the directions it might take in the years ahead.