Muslim theologians (al-mutakallimūn) relied on the concepts of ‘certainty’ (al-qaṭʿiyya) and ‘probability’ (al-ẓanniyya) to build their theological argumentation and classify knowledge, in order to distinguish between what could be relied on and what could not. Practically speaking, however, each theological school reached different conclusions about what is certain and what is probable in their knowledge, thus leading to the differences between these schools on the mere definition of ‘certainty’ and ‘probability’.
This situation pervaded the other Islamic sciences, such as Ḥadīṯ and Uṣūl al-Fiqh, under the manifold influence of theology. This is for example the case of al-Ḫaṭīb al-Baġdādī (d. 463/1071) in his al-Kifāya fī ʿilm al-riwāya, in Ḥadīṯ sciences, where the influence of these concepts can be seen, especially in the matter of ‘uninterrupted’ (mutawātir) ḥadīṯ. Similarly in Uṣūl al-Fiqh, some issues have been influenced by these theological discussions: issues related to ‘independent judgment’ (iǧtihād), ‘differenciated truth’ (taʿaddud al-ḥaqq) or issues linked to the distinction between different types of semantics (dalālāt al-alfāẓ). 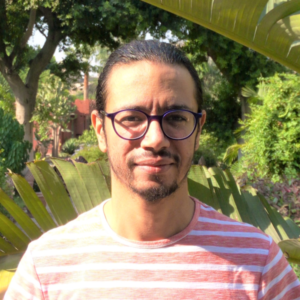 Ahmad Wagih is Egyptian and lives in Cairo. He obtained a Bachelor’s degree in Arabic and Islamic Studies from the Faculty of Dār al-ʿUlūm, Cairo University, followed by a Master’’ and PhD in Islamic Philosophy. He teaches Islamic philosophy to bachelor’s degree and graduate students.

His research focuses on Islamic theology and its influence on the deductive approaches in Islam in general, which was the subject of his PhD thesis entitled Certainty and probability and their influence in Islamic theology. He is particularly interested in the heritage of Ibn Taymiyya (d. 728/1328).

He published several articles in various electronic journals. Among other articles he wrote about “The context in theology”, “Typology of the Prophetic action: What influence on the interpretation of political and legal action?”, “Iǧtihād: a theological approach”.

He also published in the Italian journal Oasis on “The different faces of Salafism”. 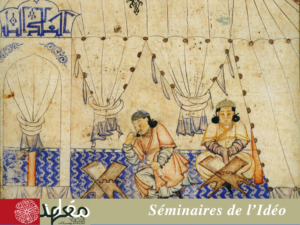 Ibn Taymiyya (m. 728/1328) is a brilliant author who holds a very special place in the Islamic tradition. He regularly accused the ʿulamāʾ of his time of having a non-critical attitude toward the Islamic sciences, which leads to his many prison stays. He is paradoxically now one of the leading authors of the radical Islamic movements.