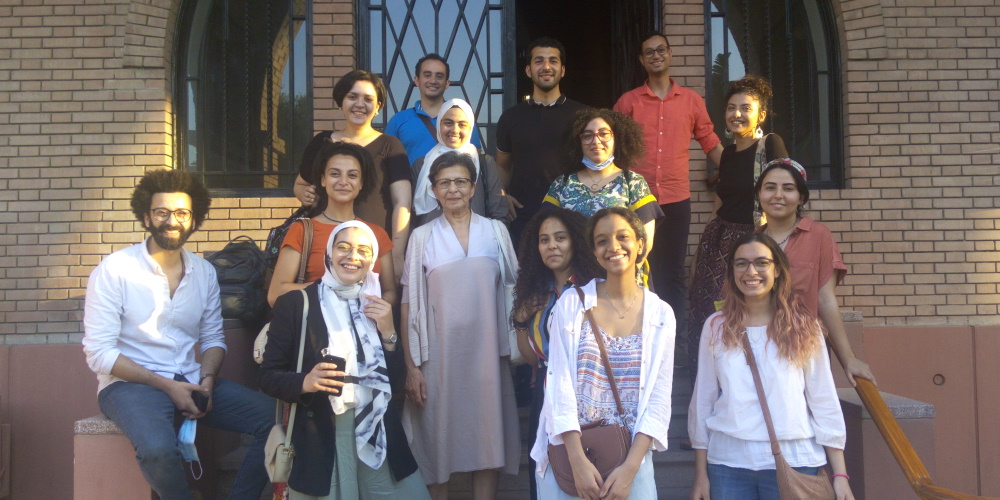 While no one believed it anymore, the 52ⁿᵈ edition of the Book Fair took place in Cairo from June 30ᵗʰ to July 15ᵗʰ.  Aside from the masks, which are mandatory, nothing has changed. Hundreds of booksellers from the Arab world are present, thousands of visitors and a festive atmosphere despite the extreme heat outside the halls. The library team patiently went through the four huge air-conditioned halls, systematically visited the 756 booths and worked so hard to acquire more than 1,000 titles (1,800 volumes), in the field of Classical Arabic and Islamic heritage.

We are also pleased to announce the publication of the latest issue of MIDEO (36, 2021), dedicated to iǧtihād and taqlīd (independent thinking and submission to the argument of authority). It is fully available online.

From June 2ⁿᵈ‒4ᵗʰ, Ms. Anne-Sylvie Boisliveau co-organized with Ms. Mathilde Boudier, from the University of Paris‒1 Panthéon-Sorbonne, an international conference entitled “Umayyad Syria: A Context for the Qurʾān?”, which took place in the University of Strasbourg. Click here to watch the conference on YouTube (in French)…

From June 7‒9ᵗʰ, the 9ᵗʰ edition of Alexandria Festival “Writing the Mediterranean” entitled “Return to Philosophy” was held. Mr. Aziz Hilal led a philosophical discussion on the beginnings of Arab Philosophy and animated a session on the topic of “The Humanistic Heritage and the Contribution of the Arabs”.

On June 11ᵗʰ, Mr. Dominique Avon gave a lecture entitled “The Great Imām of al-Azhar, Islam and the Humanities. Historical Perspective of Some Declarations (2010‒2020)”, as part of the European seminar coordinated by Emmanuel Pisani, OP “Dynamics and challenges of the revival of Islamic Studies in Europe”.

On June 28ᵗʰ, Mr. Dominique Avon gave a lecture entitled “Muḥammad al-Ġazālī vs Ignaz Goldziher: A Historiographical Issue”, as part of the 4ᵗʰ conference of the GIS-MOMM (Middle East and Islamic Worlds).

From June 14ᵗʰ‒23ʳᵈ, Charles Desjobert, OP, architect specialized in historical buildings, came to Cairo in order to study the current buildings of the library and the priory and to make proposals for the extension of the stores and a better use of the premises.

On June 18ᵗʰ, we welcomed Ms. Sylvie Hekimyan de Mirbeck from the travel agency Bipel, as part of a preparation trip for pilgrimages to Egypt.

On June 26ᵗʰ, we welcomed Ms. Hanan Sabea, professor of anthropology at the American University in Cairo, who accompanied a group of Egyptian NewGen scholars (photo). The Arab Council for Social Sciences offers scholarships to young students of all disciplines, the New Generation of Social Scientists, and organizes trainings in the human sciences.

On July 14ᵗʰ, we received the visit of Mr. Salem al-Zurayqani, Libyan publisher.

From July 3ʳᵈ‒10ᵗʰ, we received in the Scholars’ House Ms. Géraldine Chatelard, in charge of the cooperation with the Middle East at the French National Library.