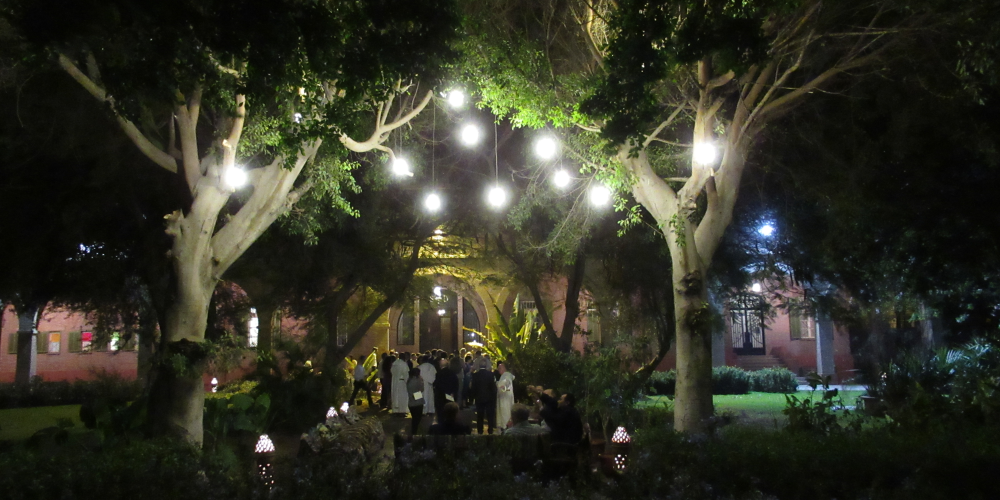 The month of October was an opportunity to meet with you all twice, once during a conference organized by the association “Friends of IDEO” on October 9th at the Bernardins in Paris, entitled “Scholars of the Other: the Dominicans of the IDEO in Cairo“. The second was at the first Gala of the IDEO, held in Cairo on October 15th (see the photo above).

The projects that IDEO is able to initiate through your support are many, in addition your continued support of our basic research in Islamology, formation of the new generation of Dominican Islamologists, our cooperation with Al-Azhar University, and our partnerships with libraries (i.e. BnF, Arab manuscript centers in Cairo, and elsewhere…).

Thank you for your support and the confidence you show in us.

On October 18th, Mr. Ahmad Wagih gave a lecture as part of the Seminar on Arab-Muslim Culture series on the topic “Certainty and Probability: From Theology to the ‘Servant’ Sciences”. The theological categories of “certain” (qaṭʿī) and “probable” (ẓannī) expanded to classify and evaluate knowledge that have been given different definitions according to the legal schools, and have influenced other Islamic sciences, such as ḥadīṯ and law. Click here to read the report…

From October 4-12th, Jean Druel, OP gave a series of lectures on his book Je crois en Dieu ! — Moi non plus (Cerf, 2017) in Lourdes, Strasbourg and Arras as part of the conference “Interreligious dialogue: History, Cultures, and Social Links” organized by The Institute for the Study of Religious Facts.

On October 5th, Emmanuel Pisani, OP gave a lecture entitled “The Origins of Islam: A Panorama of Contemporary Studies on Early Islam” at the Lacordaire Cultural Center in Montpellier.

Dominique Avon was elected as Director of Studies at the École pratique des hautes études (Practical School of Higher Studies), in their “Religious Sciences” section.

Guillaume de Vaulx was recruited for a research position at Ifpo (Beirut).

Catherine Mayeur-Jaouen was named as Professor of the history of modern and contemporary Islam at the University of Paris-Sorbonne.

On October 20th, we welcomed Mrs. Sylvie Denoix, and Mr. Gilles Dorival and his wife for lunch, who participated in the “The Words of Peace” Conference organized by the Ifao.

On October 24th, we welcomed Mr. Dragan Bisenić, ambassador of Serbia in Cairo, for lunch.

In October, we had the pleasure of receiving at the Scholars’ House Mr. Olivier Rampnoux, professor at the University of Poitiers, as well as Suzan Mitry and Mr. and Mrs. Soulé who are Iraqi friends of ours.