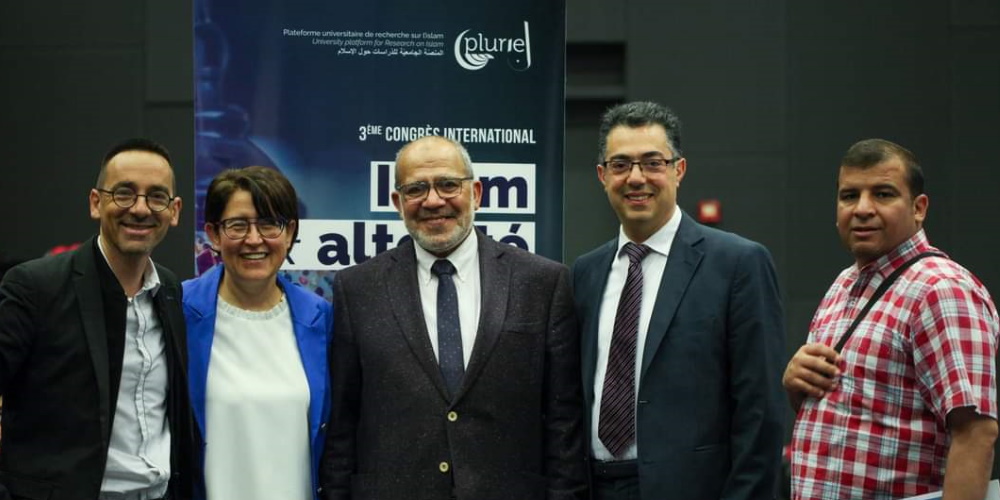 The notion of otherness crosses all social sciences today; it is therefore not surprising that Islamic Studies are also interested in it. It must be said that there is a topicality of otherness. It is linked to the awareness, since the Second World War, of the drama of the Shoah and the creation of the State of Israel, and the need to start from the reality of the other, both as a person, as an experience and as an event. The conference organized in Beirut by the academic platform PLURIEL from May 23ʳᵈ to 27ᵗʰ, 2022 addressed the way in which contemporary Muslim thinkers question otherness in its religious dimensions but also in relation to the reality of gender and citizenship. Many speakers have emphasized the gap or delay between the Islamic theological thought and the contribution of the human sciences to the understanding of the other. But this delay is not absolute and through art, whether theater, painting or caricatures, reflection in Islam is engaged. Amir Jajé, OP and Emmanuel Pisani, OP were present on behalf of the IDEO. They were accompanied by Mr. Oussama Nabil and Mr. Abdel Rahman Fouda, professors at al-Azhar University, who came to the conference as part of the project Adawāt.

From May 3ʳᵈ to 6ᵗʰ, Emmanuel Pisani, OP gave a 24-hour course on the religious traditions at the Institute of Religious and Pastoral Studies of Toulouse.

On May 12ᵗʰ, Emmanuel Pisani, OP gave a lecture entitled “No salvation outside Islam? Jews, Christians and heterodox in the thought of Abū Ḥāmid al-Ġazālī, at the cultural center Les Dominicains de Lille.

On May 28ᵗʰ, Dominique Avon participated in the conference entitled “The World is a Sea. Catholics and the Mediterranean under the pontificate of Pope Pius XII”, organized by the University of ta’Malta in Valletta.

On May 17ᵗʰ, we received the CEDEJ as part of the launching of the Network of Urban Studies in Egypt (NUSE).

On May 20ᵗʰ, we received the seminar of Professor Yassin Abdel Gawad on the topic of “Islam and demography in Europe”.

On May 20ᵗʰ, Messrs. Samuel Douglas Gillette, Joshua Ray Wainner and Rafael Ordonez completed their internships at the library of the IDEO, as part of internship agreements signed with the American University in Cairo.

On May 26ᵗʰ, Dennis Halft, OP led a round table at the 102ⁿᵈ Katholikentag in Stuttgart on the topic of “I need the truth of the others. Interreligious dialogue in the footprints of Pierre Claverie”, with Professor Mouez Khalfaoui of the University of Tübingen, Nicolas Tixier, OP, Prior Provincial of the Dominicans of France, Jean-Paul Vesco, Bishop of Algiers, and Dr. Katja Voges from the international missionary work MISSIO.

On May 23ʳᵈ, Jean Druel, OP led an Islamic-Christian workshop at the Louvre Abu Dhabi for the team of curators and librarians.

On May 18ᵗʰ, we welcomed Mr. Brahim Jhilil, contractual PhD student at the École Pratique des Hautes Études (EPHE), who is working on the literature of faḍāʾil al-Shām (the virtues of the Syro-Palestinian land).

On November 5ᵗʰ and 6ᵗʰ, 2022, an international conference will be held at the Erbil branch of the IFPO (Iraqi Kurdistan) on the topic of “From the disconnected letters to the science of letters. A meeting of knowledge in the Middle East”. Read the call for papers.

On June 15ᵗʰ and 16ᵗʰ, Dominique Avon will participate in the conference entitled “The army and Islam. Issues and debates in France, from the 19ᵗʰ to the 21ˢᵗ centuries”, organized by Julie d’Andurain, Jérôme Bocquet, Xavier Boniface, Olivier Dard and Jacques Frémeaux at the Academy of Overseas Sciences, in Paris.

On June 22ⁿᵈ, Jean Druel, OP will participate in the round table devoted to the collection of Qayrawān manuscripts and organized by Mrs. Asma Hilali at the University of Lille. He will give a talk entitled “Copying and transmitting the Kitāb in the Maghreb in 5ᵗʰ/11ᵗʰ Century”. You can join this round table on Zoom.