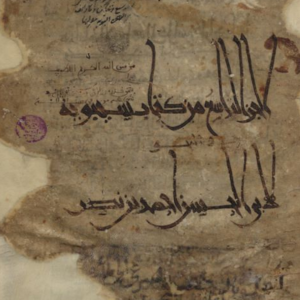 In her PhD research (1992, published in 1995 under the title Les voies de la transmission du Kitāb de Sībawayhi, Brill) Geneviève Humbert has reveaIed the existence of a North African (Kairouan?) parchment of Sībawayh’s Kitāb, probably dated 5th/11th century. It’s a very rare parchment (not paper) that roughly contains one sixth of the Kitāb (chapters 327 to 435 of Derenbourg’s edition).

Geneviève Humbert studied in great detail the history of the transmission of the Kitāb, both in the East and in the West, and according to her, this parchment contains a quite different version of the Kitāb than the “official” version circulated by al-Mubarrad (d. 285/898). In particular, it seems that the “canonical corpus of internal glosses” found in all other manuscript is not found in its matn.

Here are, always according to Geneviève Humbert, names of Andalusian grammarians who played an important role in the transmission of the Kitāb in the West.

In this research, Jean Druel wishes to focus not on the transmission of the text, as did Geneviève Humbert, but on the grammatical lessons that can be drawn from this different text. Does this peculiar parchment contain significantly different lessons? Does it bring a new light, not only on the reception of the Kitāb but on Sībawayh’s teachings?

Jean Druel, « Why is it difficult to date when qalqala became unintelligible to Qurʾānic reciters and grammarians? », Arabica 62, 2015, p. 19‒52. 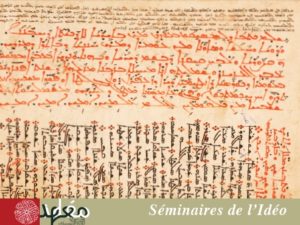 As the classical corpus of the Arabic language was practically closed by the 4th/10th century, the post-Arab lexicographers were then able to practice their art with the exhaustive compilation of the language’s words. 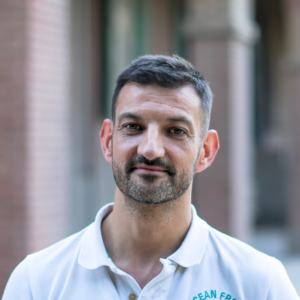 Jean Druel is French and lives in Cairo.

After a Master’s Degree in theology and Coptic patrology (L’expérience spirituelle de saint Pachôme…, Catholic Institute in Paris, 2002), he graduated in Teaching Arabic as Foreign Language at the American University (Emphatic sounds in educated Cairene Arabic, 2006).

In 2012, he completed a PhD thesis in the history of Arabic grammar at the University of Nijmegen, in the Netherlands, under the supervision of Pr. Kees Versteegh (Numerals in Arabic grammatical theory).

He managed the 200 Project (2013‒2016), the aim of which is the historical contextualization of the works of 200 authors of the Arab Islamic heritage. He served as director of the IDEO between 2014 and 2020. He currently studies a manuscript of Sībawayh’s (180/796?) Kitāb that has never been edited.

Publications in the field of Arabic grammar: