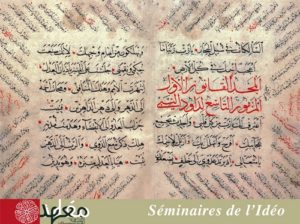 In recent years, the Muslim perceptions of the Bible have attracted increasing scholarly attention. Under the influence of Catholic missionary agitation, translations of the Bible into Arabic reached early modern Iran and were intensively studied by Shiite scholars. Their reception of scriptural material in a context of interreligious polemic provides evidence for the importance of the Bible in Arabic in Persian-speaking lands.

Dennis Halft was born in Bonn, Germany, and currently lives in Jerusalem.

He joined the Northern German province of Dominican Friars in 2008.

He received his PhD degree in Islamic Studies from the Free University in Berlin, Germany.

Dennis is currently a postdoctoral research fellow of the Martin Buber Society of Fellows in the Humanities and Social Sciences at the Hebrew University, Jerusalem.

His research focuses on interreligious interactions in medieval and early modern times.

He has several publications on medieval and pre-modern Muslim polemical works against Judaism and Christianity.